We have moved Steam Workshop pages in order to maintain continuous access to the Workshop for all lead developers. Previous Workshop page can be found here (unsupported, for reference purposes only).

is a mod that tries to recreate the fantasy world of Equestria from My Little Pony franchise in a slightly darker setting with industrialization, corruption and political disagreements. The scenario focuses on global confrontation between Changelings and Equestria. 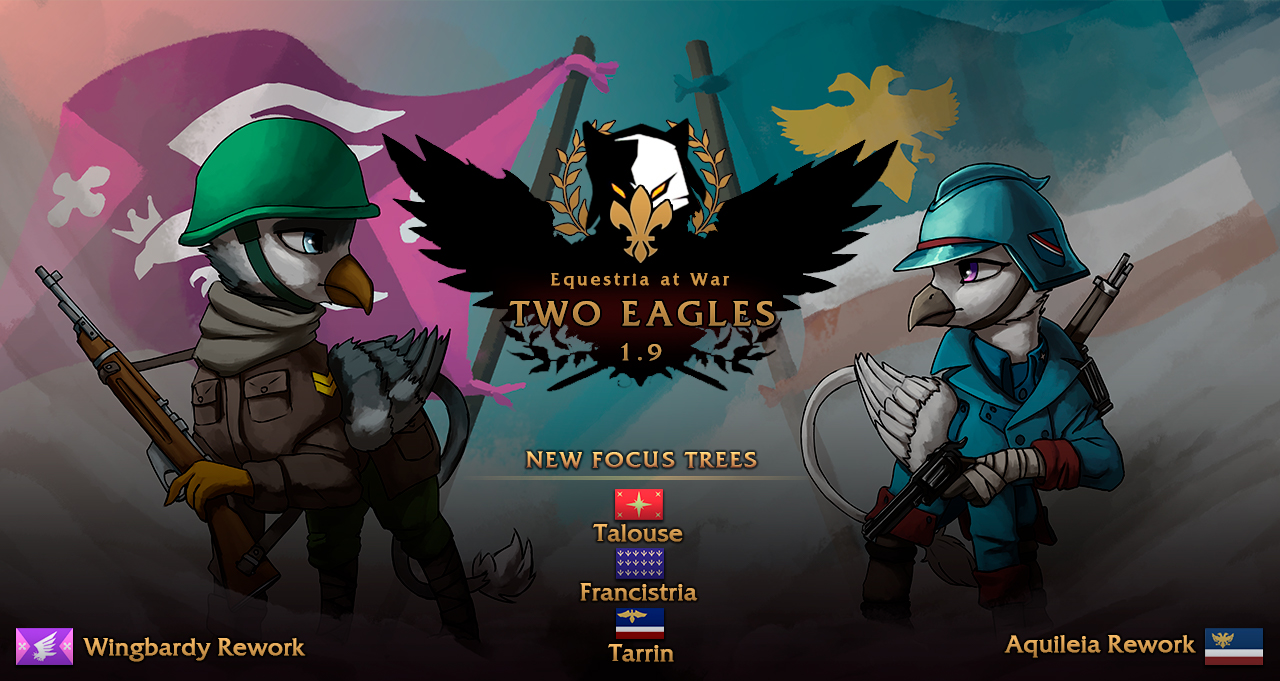 Once upon a time, war was simpler. There were concrete goals and issues. There were the tools of war, that had always been as such for centuries. Even gunpowder had a century to settle into the engine of war and find its place. But technology marches on, and technology is marching ever quicker.

When the Aquileian soldier storms into battle she carries with her a voice and her weapons. The Elan, once important for any army has faded from the forefront when tanks and planes shrug off small bullets. The weapons of war have jumped miles in less than a decade, from rifles all the way to nuclear weapons.

All around the world, as the dust settles from the wars that consumed the continent, they wait for the next war. A war to truly end all wars. Magic and sorcery give way to steel and technology. Where pegasi and griffons once dominated the skies, they are being pushed away by helicopters and fighters, machine guns tearing through soft tissue.

On the seas, things look the same and yet completely different. Ships look the same as before, but their hearts, and their arms changed from top to bottom. Hearts fueled not by coal or by magic, but by the very foundational forces of the universe. The time of naval cannons are over. The future belongs to planes and to missiles. Admirals and generals at least recognize as such. And indeed, there will be a new look upon war.

Thanks to every volunteer, scripters and writer who are supporting the development of the mod.

The mod includes pictures from several artists, used without explicit permission. If you are the owner of the artwork and wish to have it removed, please send a note to one of the contributors on Steam or on the Discord server.

The guide below will help you install the mod manually, if you wish to do so.

If you still have problems, check out this installation guide.